In this tutorial we are going to learn more about shaders and how just a few lines of shader code can make wonders. We do this by creating a fire effect that moves to the music. 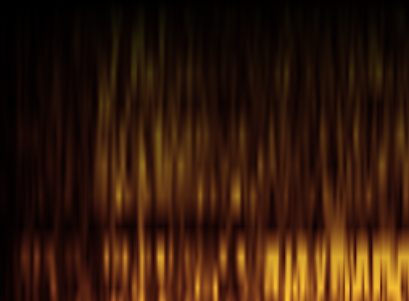 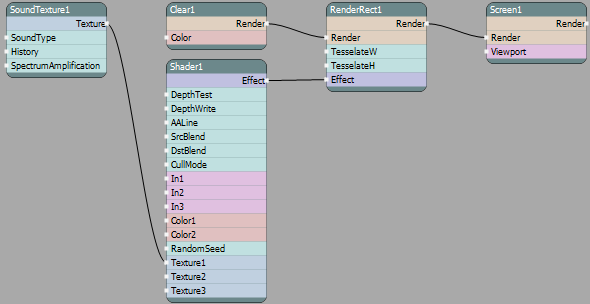 Make sure you have music playing in the background before continuing. From winamp, spotify or any other music player

Currently not much is seen on the screen even though we are now rendering the spectrum texture. This is because the amplitude of the values we get from the sound texture are a bit too low so lets increase them.

Now you should start to see a spectrum moving from top to bottom. If not make sure you have music playing in the background. You can also try a different music player then restart the editor and see if it works then. 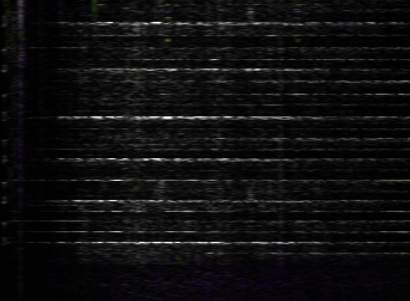 Now we get the 'red' component from our sound texture. But the sound textures red component doesn't actually contain a red color value. Instead its the sound spectrum's mono value. In the green we have the spectrum of the left channel and the right channel exists in the blue color. This is why the above image is in color. We take the mono value and output it as a float4 value. So we set the red, green and blue to the same value with a 1.0 for alpha to create a gray scale image 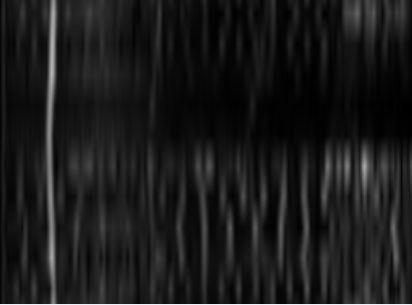 So we feed the mono spectrum value into the hsv2rgb function and we get a RGB value out. The red color is at the start of the hue so we just multiply the spectrum value with a small value to keep it in range.

and we have the final result we where looking for