Welcome to the beginners tutorial. This will be a very basic overview of the editor and the various parts of it. During the walk though we will create a very simple scene that shows a spinning cube. 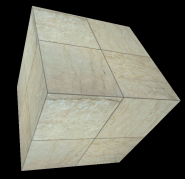 Currently nothing is shown in the render window since we haven't connected a object to render yet.

The default shader renders a simple blob by default. 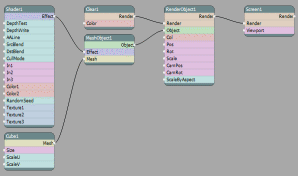 The blob we now see in the render window isn't the most exciting so lets make it a bit more interesting.

Lets bring our cube a bit closer so we can see the new texture better.

Lets make the object rotate also so we can actually see that it is a cube.

This port converts the x,y,z value that a rotation consist of into its components so we can connect the components of the vector to other nodes individually 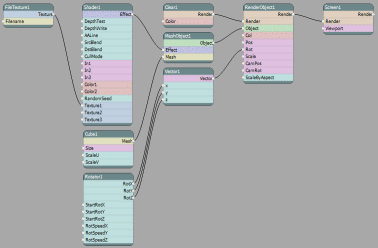 Lets finish up so we can actually use this as our new screensaver.

This concludes this tutorial. I hope this has sparked your interest to start to create your own scenes!